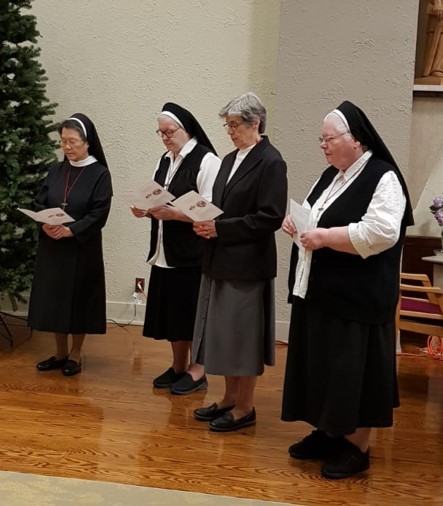 Leadership Team of the North American Province (Dec 2021 - 2025)In 1951, the first Missionary Sisters of the Precious Blood arrived in Toronto, Ontario at the invitation of the late Cardinal James McGuigan.  In 1954, the Sisters opened St. Bernard's Convalescent Hospital.  Due to the Ontario Government's restructuring in 1999, the Sisters changed ministries and re-opened as St. Bernard’s Residence for Seniors in 2001.  In March 1998 Canada and USA amalgamated officially to form the North American Province (NAP). At the present time, the Sisters continue to serve in various ministries in Toronto, Richmond Hill, London,  Woodstock and Wikwemikong.  It is also the place of our International Novitiate.