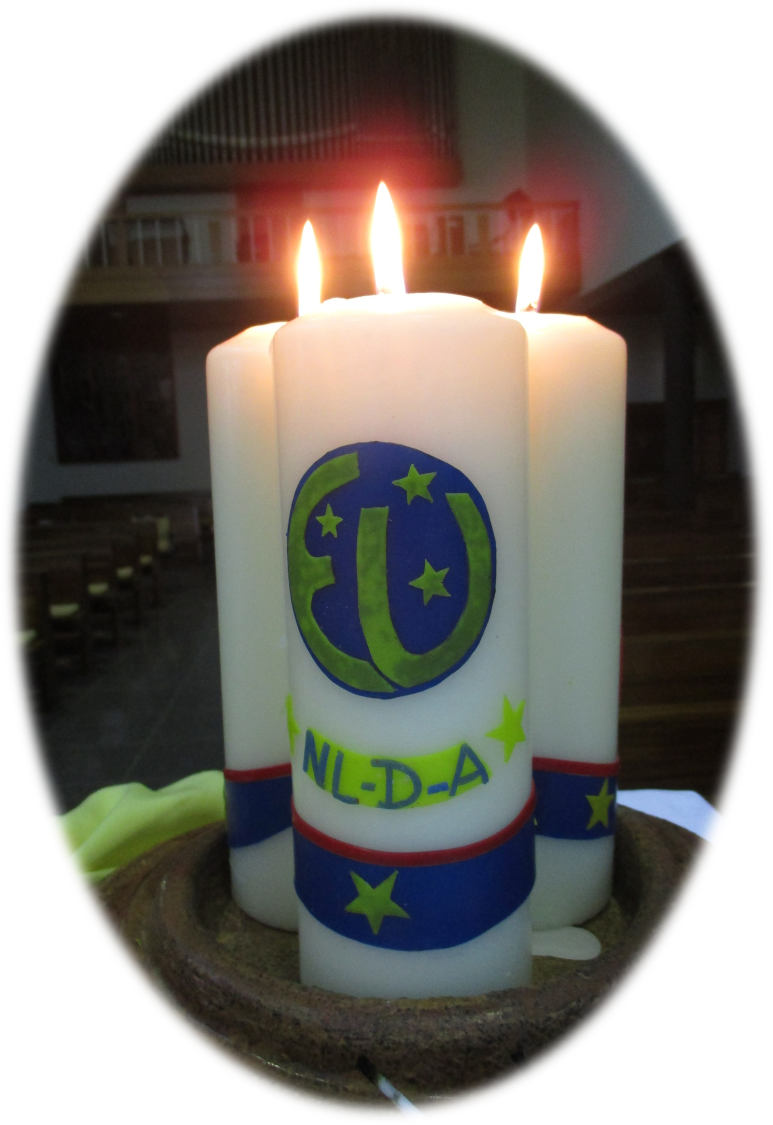 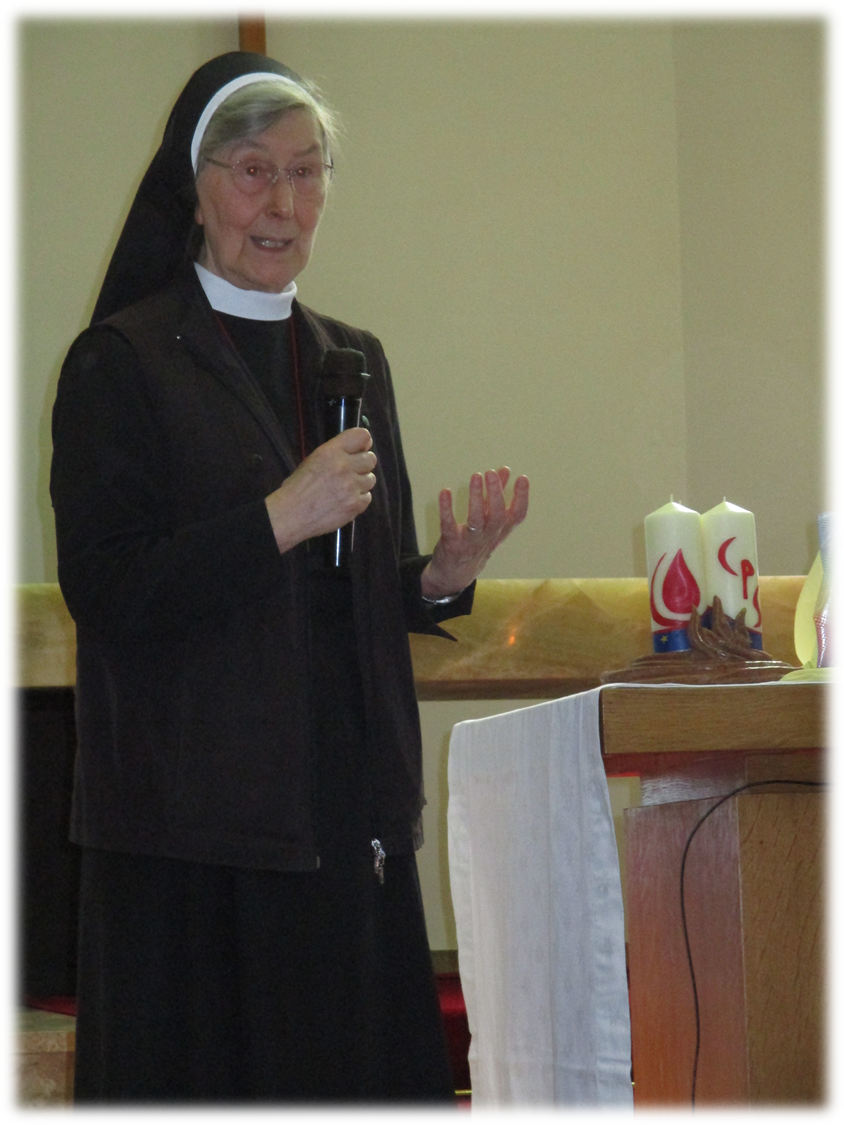 Originally one thick candle with three wicks had been envisaged to symbolize “Unity”.

The outcome: Three individual candles very close to each other, touching each other, symbolizing the process of growing union between the three regions concerned.

The three candles are placed on a labyrinth – not the usual labyrinth where paths are marked. (They look inviting, even though it is not always easy to trace the one that leads towards the centre.) 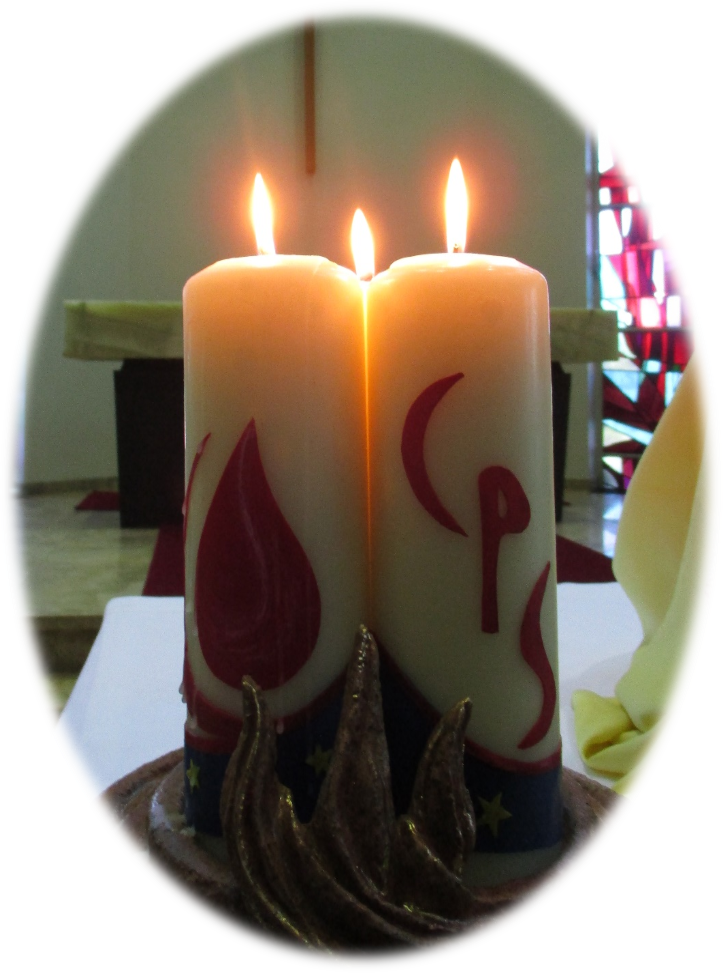 In this labyrinth, people have to find their own way to the centre. It has to be discovered and followed step by step. Sometimes the path disappears and seems to be lost, and a new one has to be searched for.

Eventually union is found as a treasure symbolized in the symbol of a drop of blood, which becomes a red thread winding round the three candles, uniting the three Provinces and ending in the EU symbol.