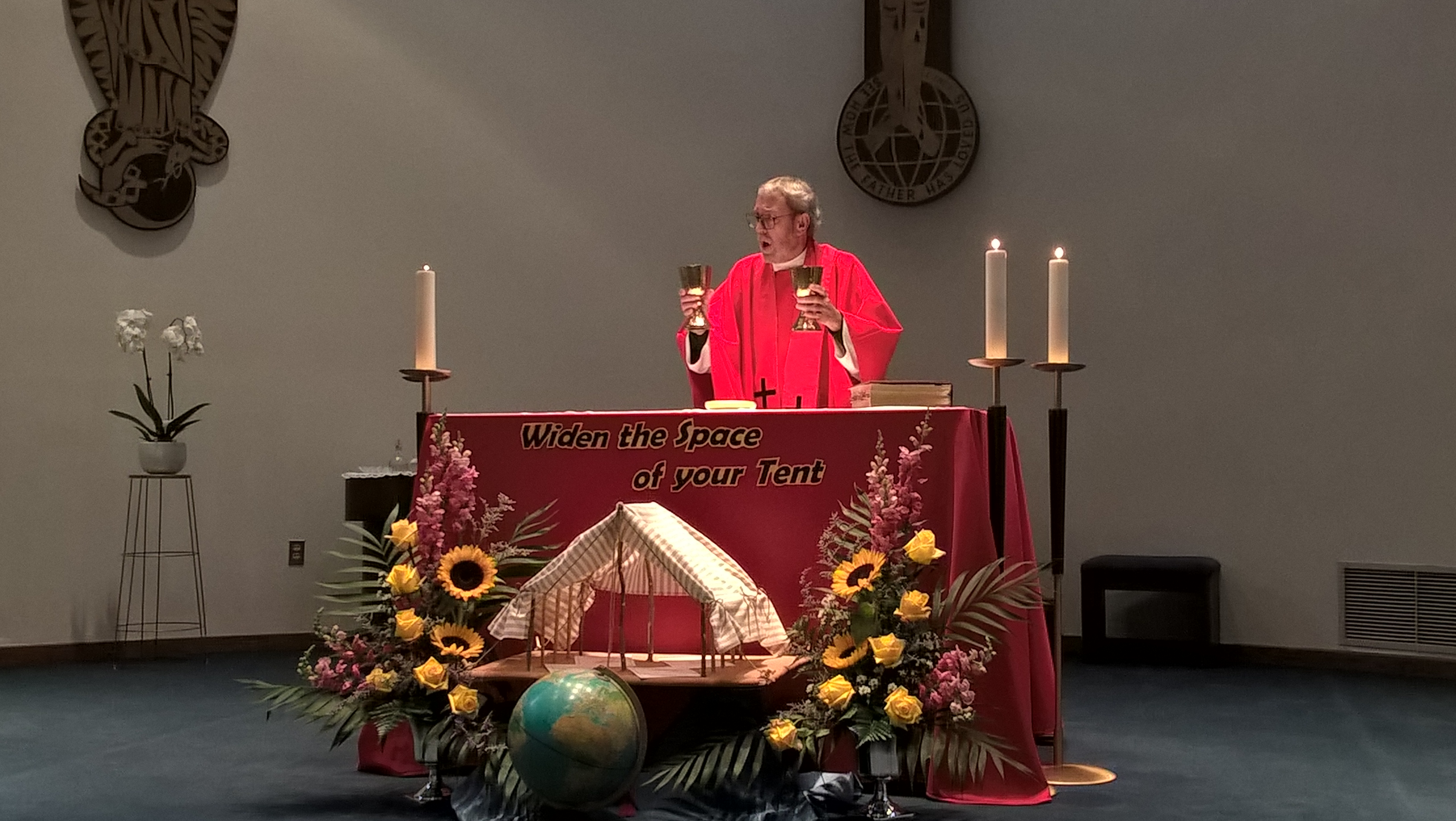 On 20 August the 13th General Chapter of the Missionary Sisters of the Precious Blood was officially opened. 44 Sisters from 12 provinces and regions are gathered in Shillington to discuss and discern the situation of the congregation and plan steps for the future.

The General Chapter is the highest authority of the Congregation and has also the task to elect a new General Superior and a new General Council. In his homily Fr. John Barron SJ (called Fr. Jack) encouraged the Capitulars to trust totally in the guidance of the Holy Spirit and to hand over to Him all their fears, worries and anxieties.

During the offertory procession, some of the Sisters brought forward a model of a tent, a globe, the four reflections used as preparation for the General Chapter together with the gifts of bread, water and wine.

Afterwards the Sisters went in procession to the Chapter Hall where Sr. Ingeborg Müller CPS gave her opening speech and declared the General Chapter open. 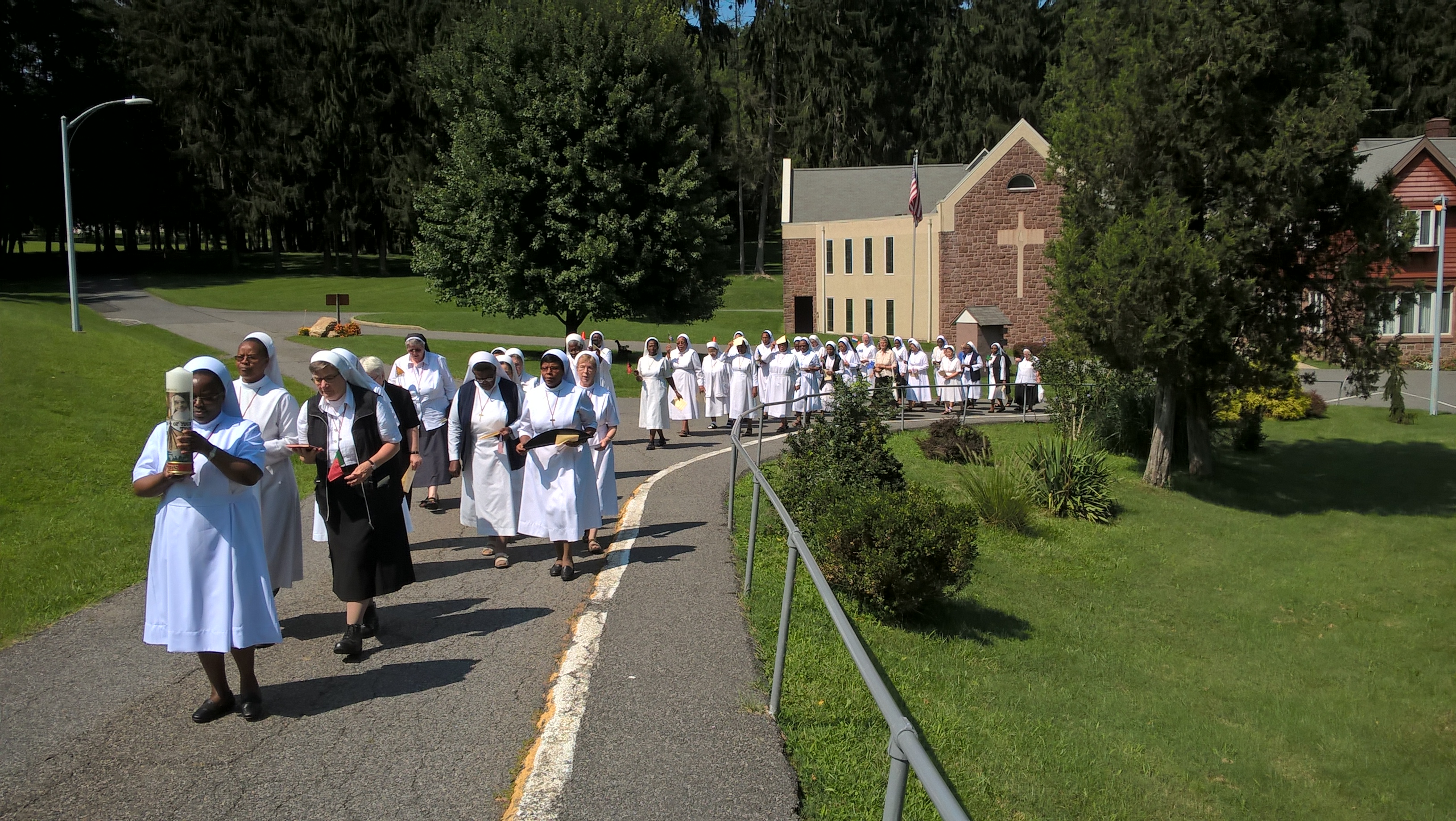 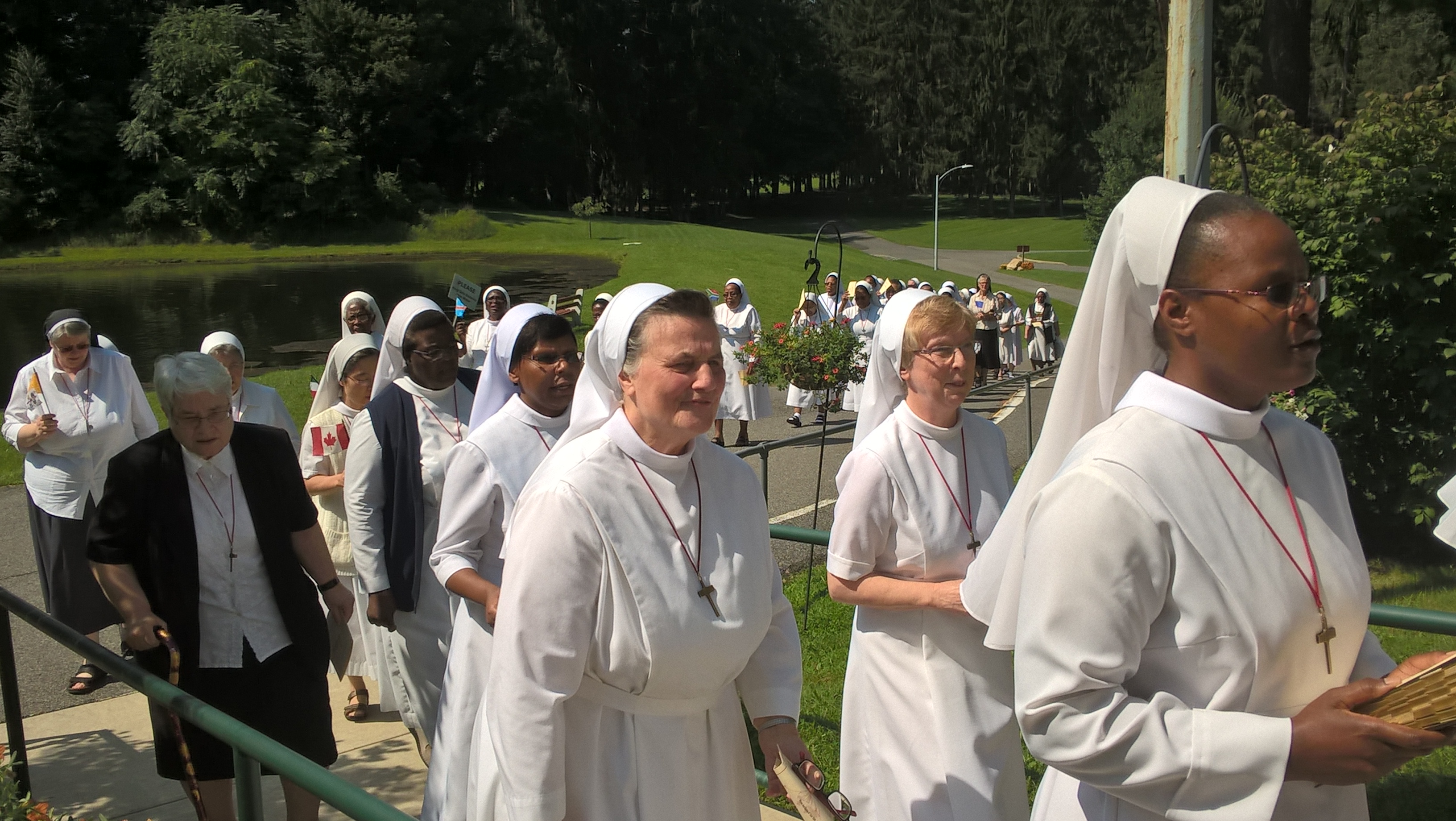