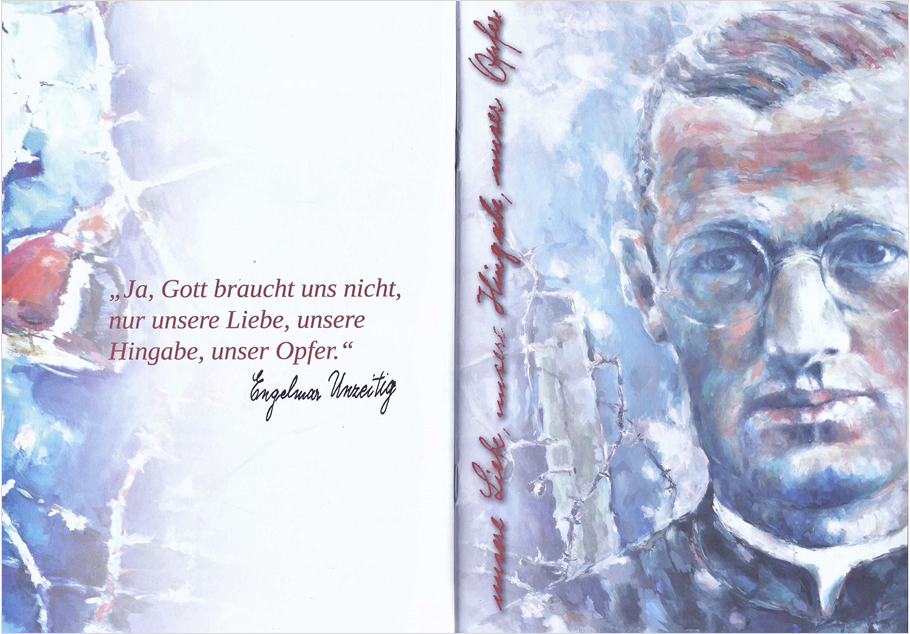 “Yes, God does not need us, only our love, our devotion, our sacrifice.”

These were the words of Fr. Engelmar Unzeitig, CMM who was beatified at the Cathedral of Würzburg, Germany on  24 September 2016.  Over thirty Missionary Sisters of the Precious Blood (CPS) joined our brothers, the Missionaries of Mariannhill (CMM) and hundreds of people in the glorious celebration of the life and witness of Fr. Engelmar, the Angel of Dachau.

Fr. Engelmar was only 30 years old and 2 years ordained when he was arrested by the Nazis in 1941 for preaching against the Third Reich, particularly against their treatment of Jews. As punishment, Fr. Engelmar was sent to the Dachau concentration camp near Munich, the so-called “largest monastery in the world” renowned for the number of ministers and priests within its walls.  "Under the inhuman conditions of the concentration camp Fr. Engelmar went about his daily chores with incredible equanimity and at the same time, constantly looked out for any opportunity to help and support his fellow prisoners.  He secretly learned Russian to be there for Russian prisoners of war and shared portions of his small food ration with others who needed it more... and so it was no surprise to the others that he was one of the first ones to volunteer to move into the infected barracks where hundreds died of untreated typhus and where also Fr. Engelmar eventually died in 1945.  He was just 34 years old and a priest for six years. Four of those six years he spent in the Concentration Camp of Dachau." (Source: Fr. Damian Weber, CMM)

Fr. Engelmar found his hope and his joy in his faith, as evidenced in letters he sent to his sister Regina from Dachau.  In January 1942, he wrote: "I hope to be able to make here a little contribution in bringing the world home into the Father's house".  Two of Fr. Engelmar's sisters became Missionary Sisters of the Precious Blood (CPS): Sr. Huberta Maria Unzeitig (1909-2001) and Sr. Adelhilde Regina Unzeitig (1914-2002).

On 3 July 2009, Fr. Engelmar was declared Venerable by Pope Benedict XVI  in recognition of his heroic virtue.  Pope Francis officially declared Fr. Engelmar a Martyr on 21 January 2016, which opened the path for his beatification, the next step in becoming a canonized saint.

At the Sunday Angelus on 25 September 2016, Pope Francis said:  Yesterday in Würzburg, Germany, Engelmar Unzeitig was beatified, a priest of the Congregation of the Missionaries of Mariannhill (CMM).  He was killed in hatred of the faith in the concentration camp at Dachau, where he responded to hate with love, to ferocity with meekness.  May his example help us to be witnesses of love and hope even in the midst of tribulation.    Click here to watch the video  (Source: Fr. Engelmar Unzeitig website) 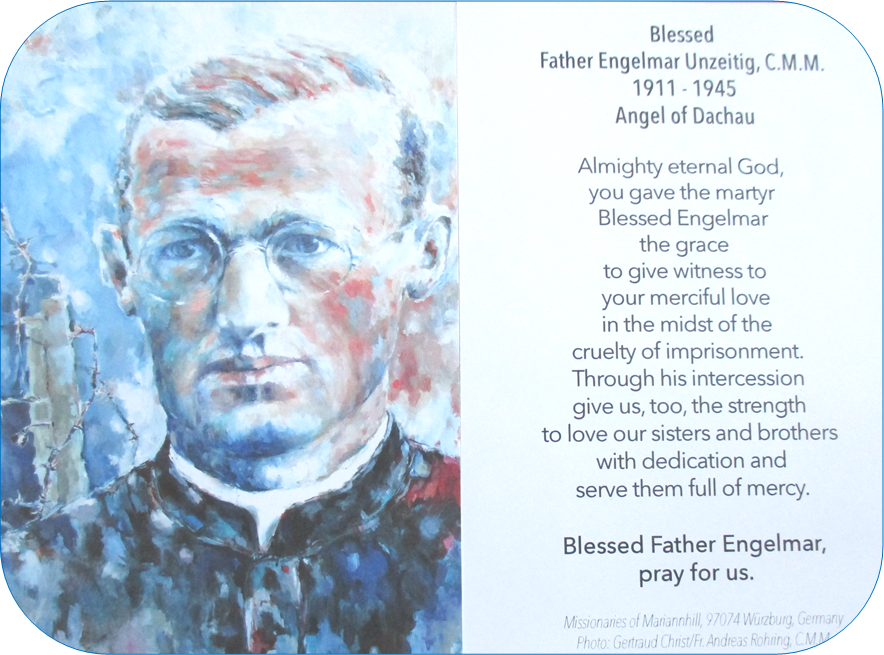